Can Change Change Your Life? 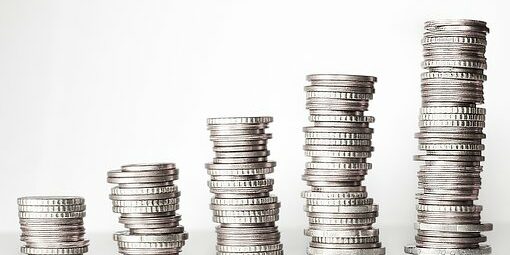 No, the title isn’t a typo!  Recently two concepts have been in the news that make me ponder how much small change can change your future.  The first is a poll conducted by YouGov Omnibus in January of 2018 which found that 89% of Americans would stop to pick up a coin off the ground.

Next, I keep reading articles featuring apps that round up your purchases to the nearest dollar and deposit to your savings accounts.  I admit, I find this a little ridiculous.  I’ve always been a saver, even as a kid, and sometimes get frustrated that every 23-year-old doesn’t sign up for the maximum percentage allowed in their 401(k) like I did. Now is the time!  It’s not like you have kids bleeding your bank account dry yet.

But, hey, those were different days.  I didn’t have student debt (thanks, Mom and Dad!) and housing was much less expensive when I was starting out.  So, maybe I shouldn’t be so self-righteous at the thought of building a nest egg with small change, either on the street or through your phone.

The question is, does it work?

Any chance to break out my financial calculator gets me all giddy, so let’s run some numbers, shall we?

Let’s say Esther, 23-years old, earns $40,000/year.   She has two options to save:  One is to pick up loose change from the ground and round up all of her purchases to the next dollar and have it deposited to a savings account.  The other is to sign up for automatic deductions from her checking account to her Roth IRA.

Esther makes on average 5 purchases per day and rounds up her purchases to the nearest dollar.  Say the round-up averages 50 cents per purchase.  She also is very observant and picks up an average of 5 cents per day from the street.  This adds up to $2.55 per day that is deposited in Esther’s savings account earning 1% per year.  Through the magic of the HP 12-C calculator I can tell you that age 65, Esther would have $35,100.

Esther arranges for $229 per paycheck to be deposited in her Roth IRA, reaching the maximum of $5,500/year for contributions.  The Roth IRA is held in an investment account.  With a diversified mix of mutual funds (that she doesn’t mess around with and trade at the wrong times), Esther averages 6.5%/year on her Roth IRA investments until age 65.  Esther’s nest egg would be $550,000.

Yep, my way is $514,900 better, but it requires more sacrifice from Esther up front.  Fewer dinners out, more years with a roommate, driving an older car.  All those pesky grown up decisions.  I promise this $229 per paycheck habit will get easier over time as Esther’s earning power grows.

Esther’s older self will be so grateful for this early habit of being serious about saving and not just treating it like a rounding error.

Give Your Financial Planner a Check-up
April 6, 2021