Ask the Advisor: What you Need to know About Divorce and Money

I recently received a question from someone who wishes to remain anonymous: he and his wife are considering separating and he was wondering about his next step financially – specifically about relocating and what his options are.

Divorce is an unsettling time and one of the biggest concerns is where to live.  And this is a question I have had often from recently divorced people:

Should they use their portion of retirement accounts to buy a new house?

If a large part of your divorce settlement comes in the form your former spouse’s retirement accounts, it can be tempting to use that money for a down payment on a new house.  Here is why I discourage this idea:

You sacrifice your future retirement:  Using the example of the $50,000 withdrawal, let’s figure out what you will give up in retirement security by using that money for a house.   Say you are 45 years old and will retire at age 65.  If you average 7%/year growth in a stock mutual fund over 20 years, that $50,000 would be worth $179,000 at retirement.

You may not know where you want to permanently settle right after your divorce:  My realtor friends tell me that buyers shouldn’t expect to make money on a home purchase if they are in the home for less than 5 years.  Commissions, moving expenses, and uncertain real estate values make a home purchase a long term investment.

Since divorce is a time of adjustment, it’s hard to say where you will want to live 1, 2 or 3 years after the split.  Maybe a new job will require relocation.  There may be child custody arrangements that necessitate a move.  It may make sense to take 6 months or so to rent and see what happens in your life before you commit to a new real estate purchase.

Although you are likely feeling unmoored after a divorce, don’t let emotions cloud your smart financial judgement.  Taking money out of a retirement account to buy a house was a bad idea when you were married and that doesn’t change after a divorce. 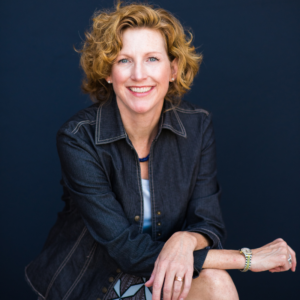