What if Money DID Grow on Trees? 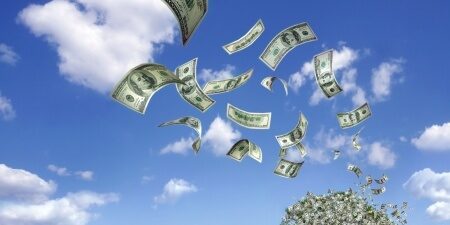 Who hasn’t told someone or been told, “Money doesn’t grow on trees?”  Money through the ages hasn’t always been valued by gold, silver, and copper.  Money is often a reflection of what was valued as a society.

Here is a small sampling of ancient currencies to give you some perspective on our changing values over the centuries:*

Dolphin Teeth – Sadly, this isn’t even that old.  In 2008, the Solomon Islands currency was devalued, so locals went back to their original currency, dolphin teeth.  This resulted in an increase in slaughter of dolphins, until conservation groups stepped in and paid the locals NOT to kill the dolphins.  Yikes!

Salt – The history of salt and its importance in civilization is a long paper unto itself.  Ancient Roman soldiers were sometimes paid in salt packs.  The word “salary” even has its roots in the word “salt.”

Rai Stones – Measuring as large as 12 feet wide and 4 tons, these limestone “coins” were used by the people of Yap in Micronesia staring around the year 500AD.  The dangerous (sometimes fatal) design and transportation of the currency increased its value.  What sized purses did those women carry?

Wampum beads – This was America’s first currency.  The colonists learned quickly that Wampum were sacred to the Native Americans and could be traded for much needed goods and services.

And, my personal favorite – Cocoa Beans! – The Aztecs used several currencies, but the cocao bean was ranked even higher than gold dust in value.  Of course!  When you run out of things to buy, you can grind up your money and make delicious hot chocolate.  Gold dust tastes horrible.

What makes our currency worth the goods it buys?  Some people think that gold is what backs up the US dollar, but that is not the case.  Our dollar hasn’t had a physical metal backing its worth since the 1970s.  It is the faith the world has in the US government’s ability to make good on its debt that ultimately gives the dollar its value.

But, to give the old greenback more worth, may I suggest it also double as something edible?  Chocolate flavored preferred.  Those Aztecs had the right idea!